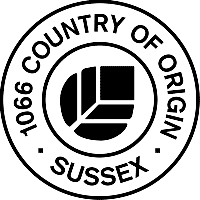 The 2019 Bexhill 60s Revolution was a town-wide, free festival taking place on the Jubilee Lawns, De La Warr Pavilion and throughout the town centre. The event featured the fashion, the music, the dances, the vehicles and the social history that made the sixties so special.

If you can’t go back using Doctor Who’s tardis (a momentous '60s creation), then what better way to travel through time than with music?

From the fun and vibrancy of the original Tremeloes, to the brilliance of the Counterfeit Stones and the sounds of the Magical Mystery Tour with the Beatles For Sale. Mixing in some Sixties Retro and the iconic music of Jimi Hendrix and the Woodstock era from Freak Flag, the 2019 event brought a musical feast for your ears. 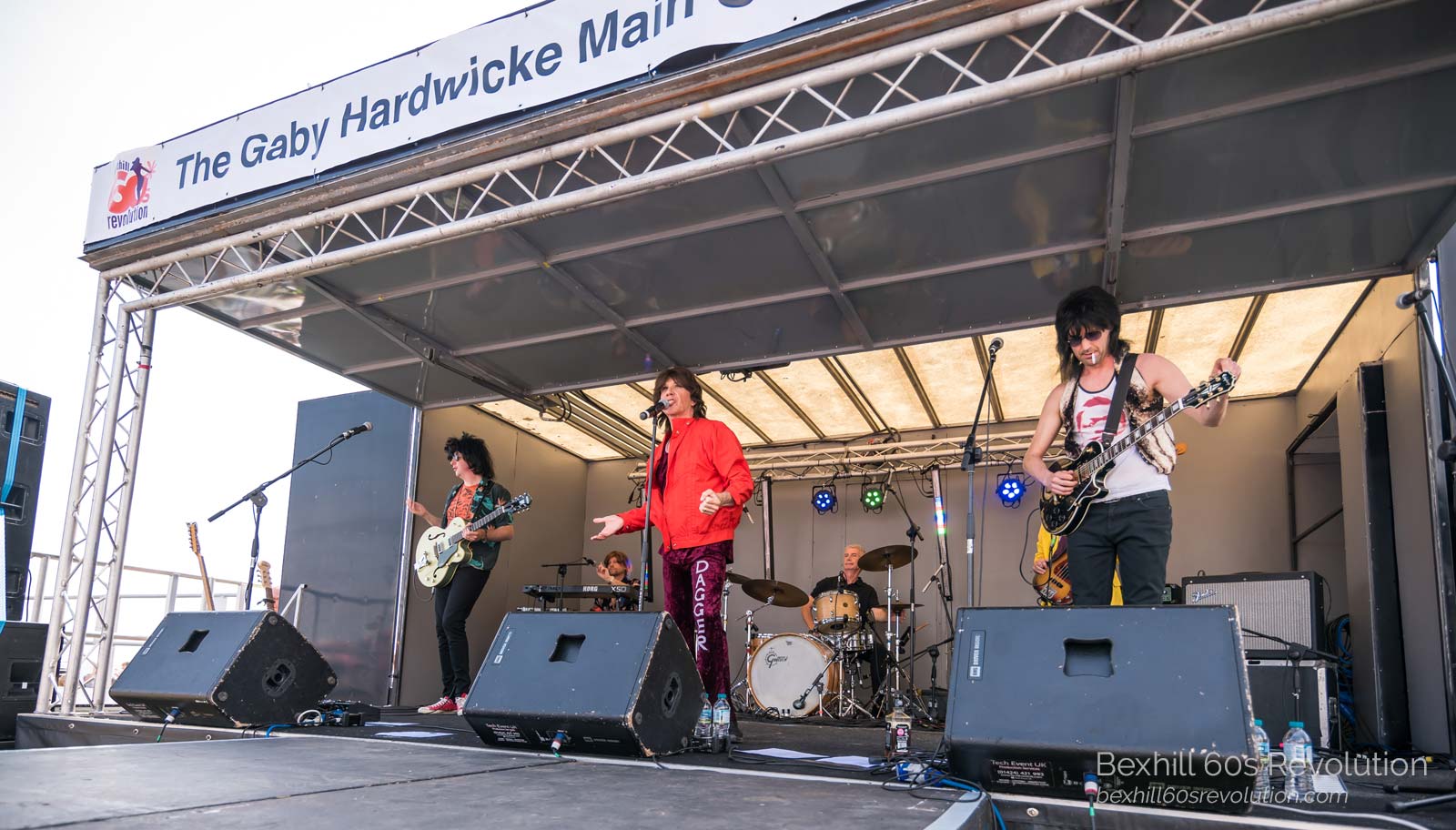 If you want to shake your thing to the sounds of the sixties, you can’t go wrong with the Twist or the Mashed Potato.

At the Bexhill 60s Revolution, thousands of people shook their hips and danced away to the sounds of the 60s. The Meyer Dancers led routines on the De La Warr Pavilion terrace and local dance groups performed dedicated routines for the crowd. 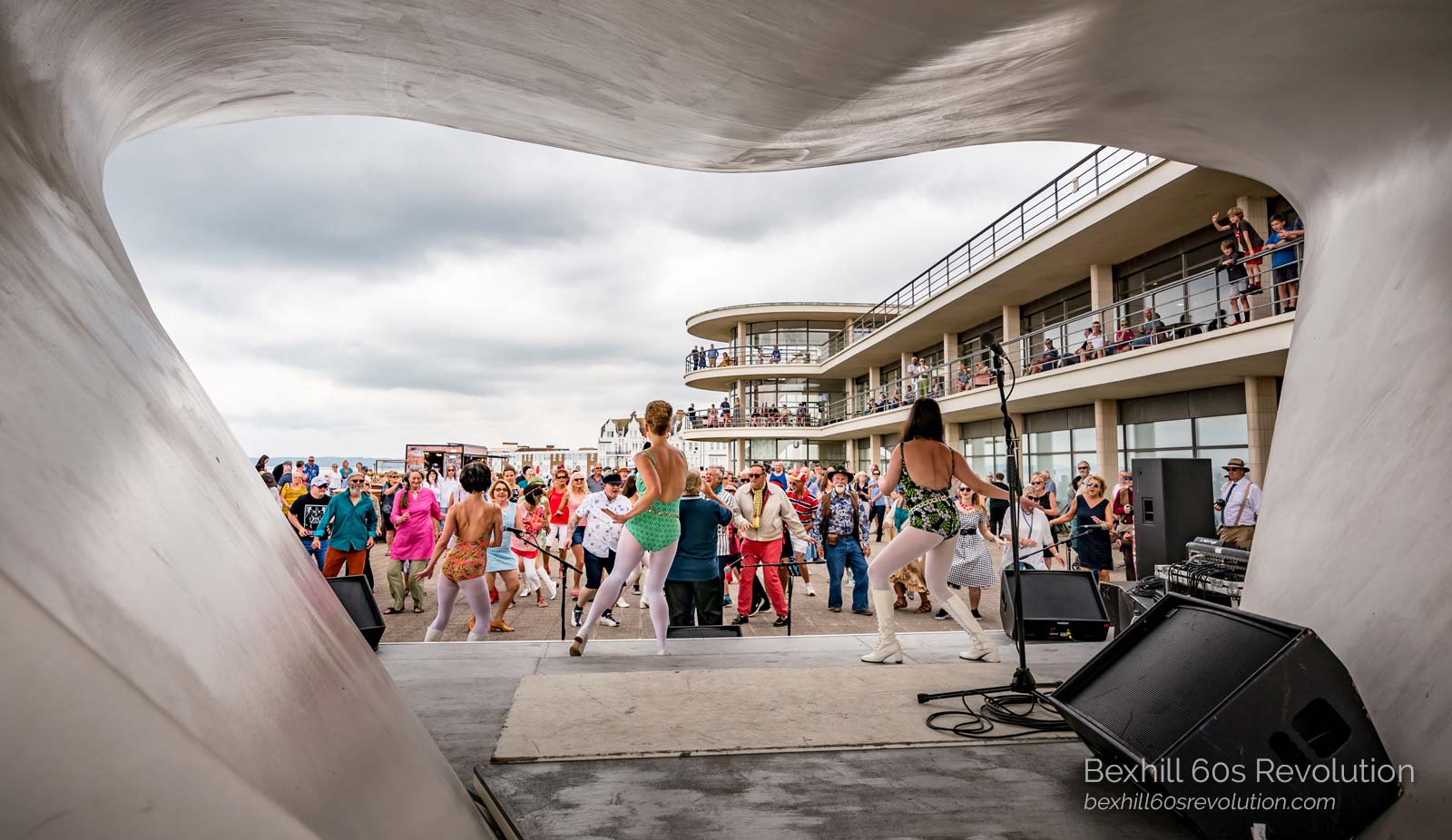 Entertainment and fun were in abundance at the Bexhill 60s Revolution. Spectators were shaken and stirred in true 007 style with the "License to Thrill" stunt action on the streets of Bexhill. Austin Powers (Brian Allanson) made an appearance, bringing his brand of grooviness. And the Carnaby Village Retro Market helped visitors re-live the fashion and culture of the 1960s. 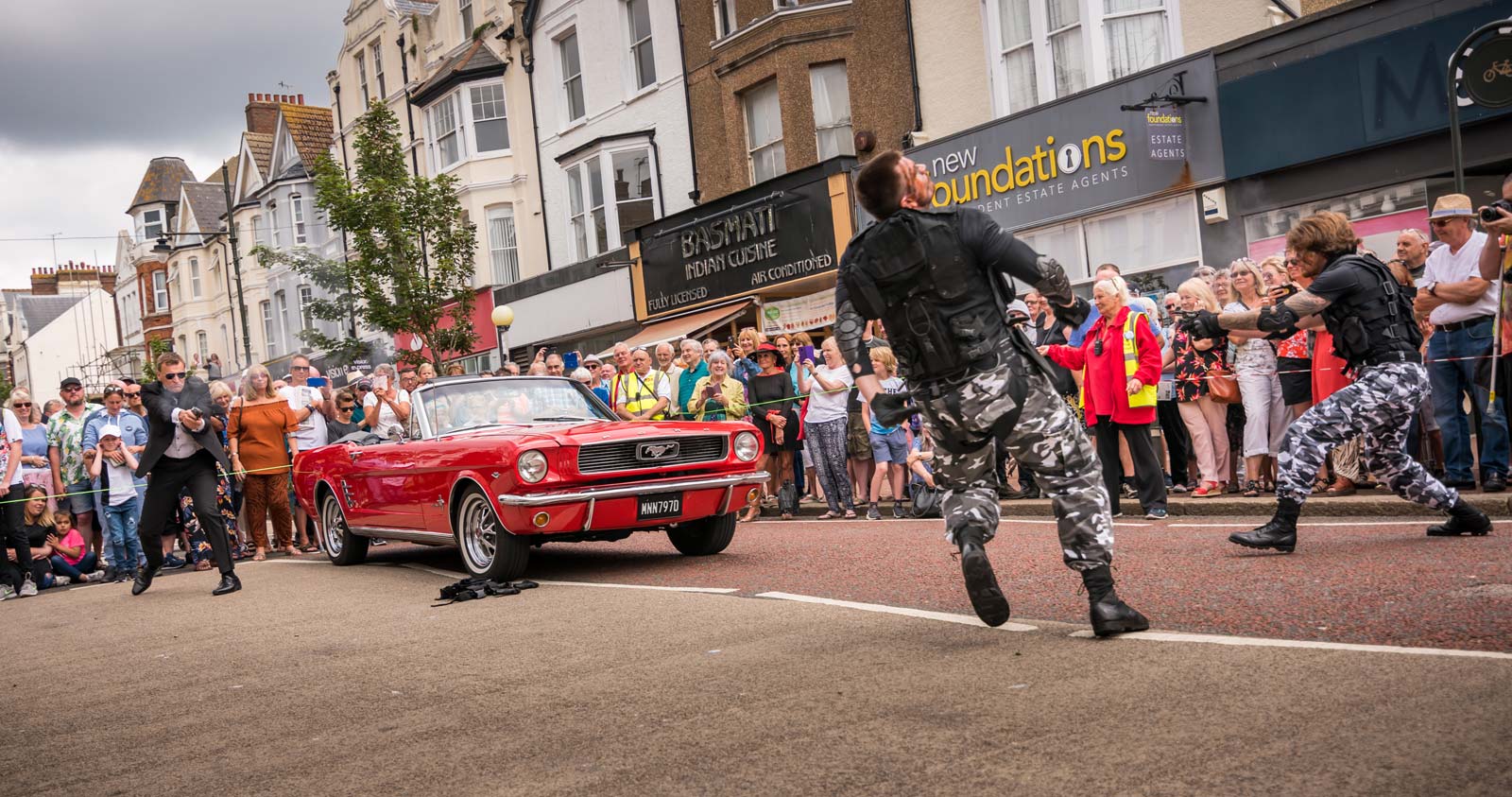 Man first walked on the Moon on 20 July 1969 and we celebrated the 50th anniversary of this historical achievement at our 2019 event. Dallas Campbell - of TV's The Gadget Show, Bang Goes The Theory and The Sky at Night - brought his replica of the A7L Apollo spacesuit, an almost perfect visual copy of the most historically significant item of clothing ever engineered. Dallas gave a presentation about the Apollo landings to a full De La Warr Pavilion auditorium.

Bexhill-on-Sea is known to be the birthplace of British motor racing. In the world of cars, the 1960s was all about being sleek. The front of the car was long enough that at a drive-in film, you could hop out of the front seat and sprawl across the bonnet with a picnic (and a date, of course).

In the UK, Jaguars, Austin-Healeys, Rolls Royce Phantoms, and Triumph Spitfire convertibles were the kings of the road, and 1968 saw the very first Ford Escort on European soil (the first of many!) Fords, Cadillacs and Chrevolets were, of course, huge in the USA.

At the Bexhill 60s Revolution we showcased and celebrated the classic cars and bikes of the 1960s, including iconic Minis, VWs and Lambrettas. 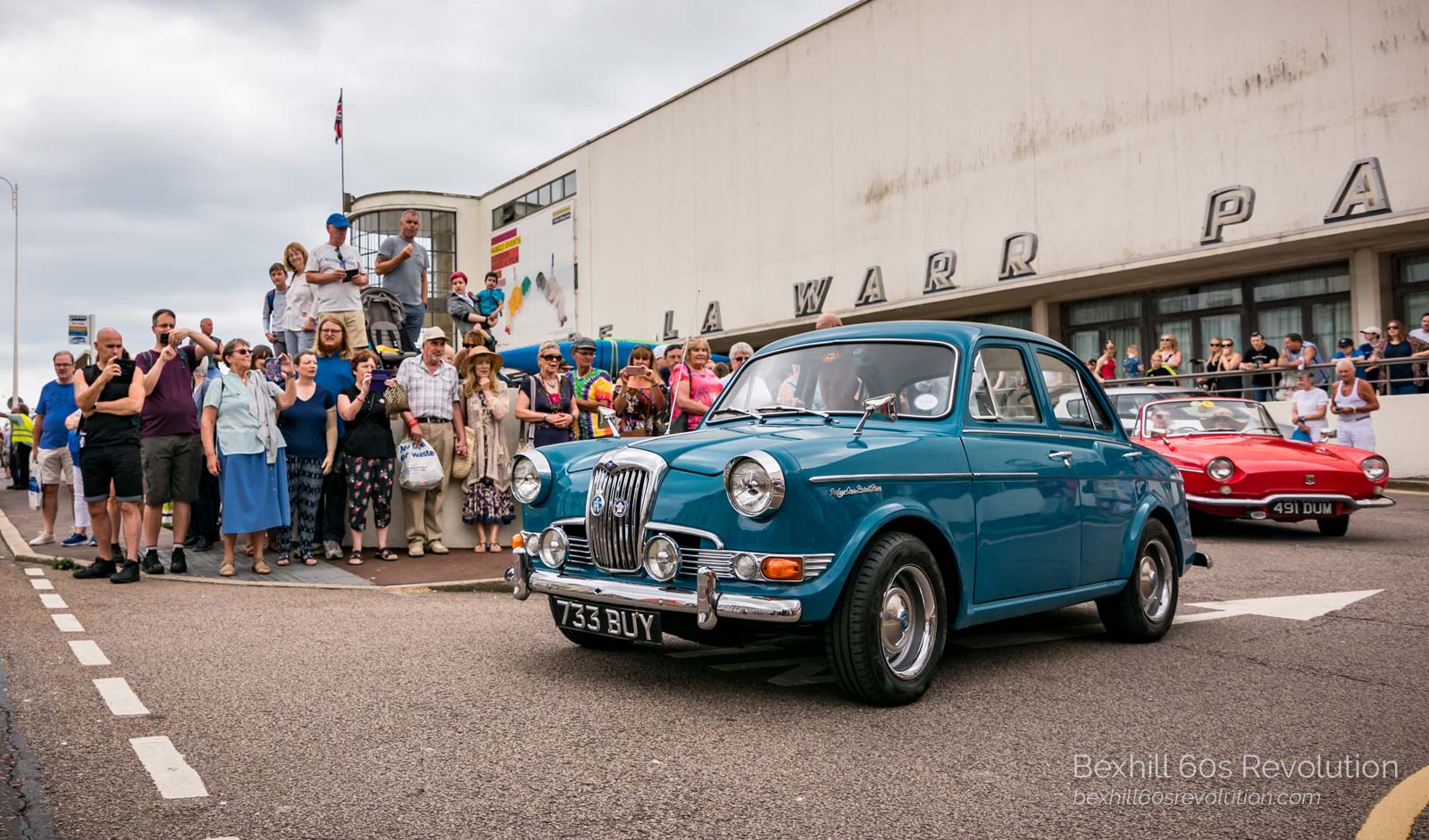 "Holy hole in a doughnut, Batman!" Some of the most popular and instantly recognisable cars on the planet greeted visitors to the 2019 event. The Batmobile, Herbie and Chitty Chitty Bang Bang. 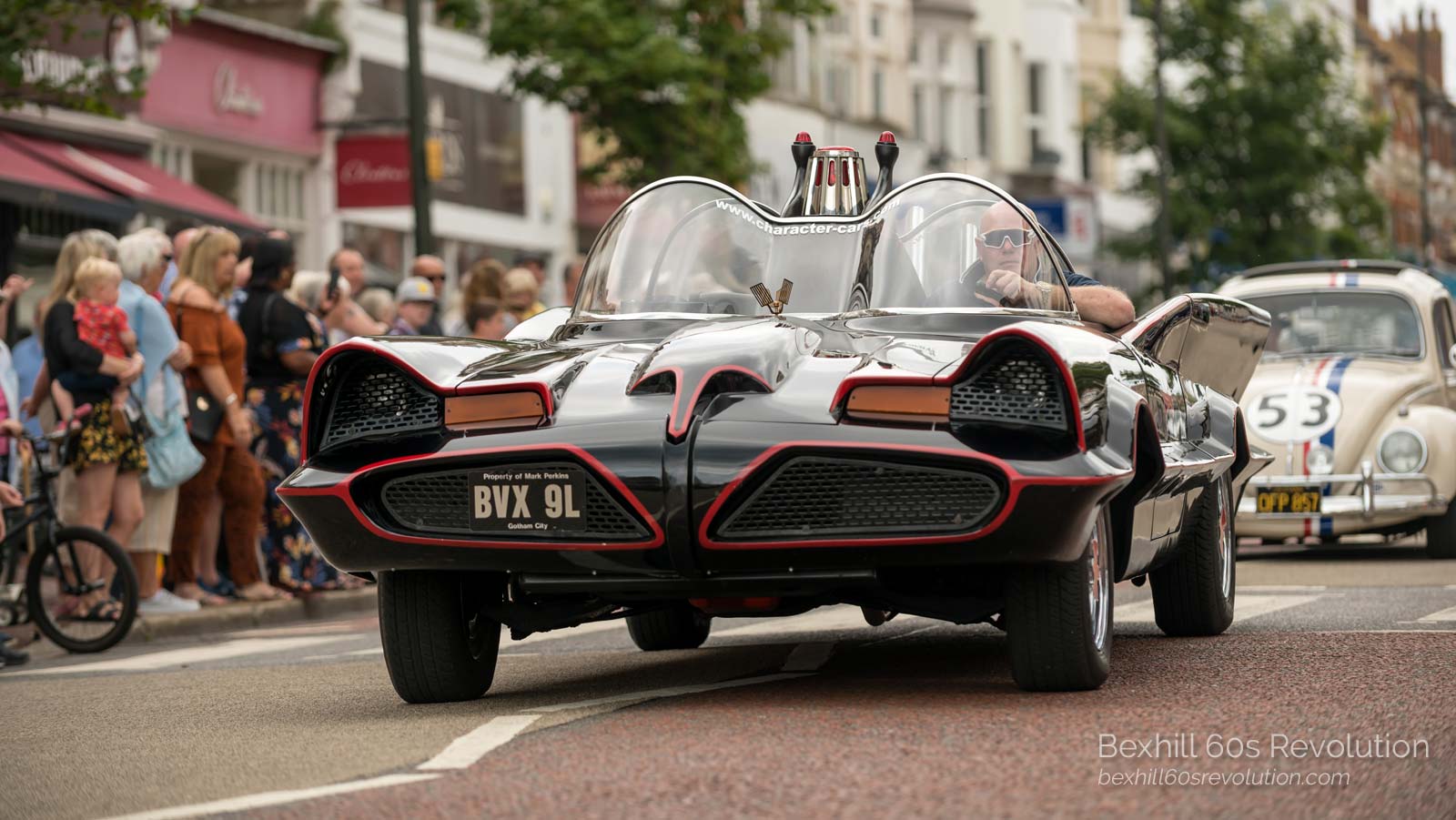 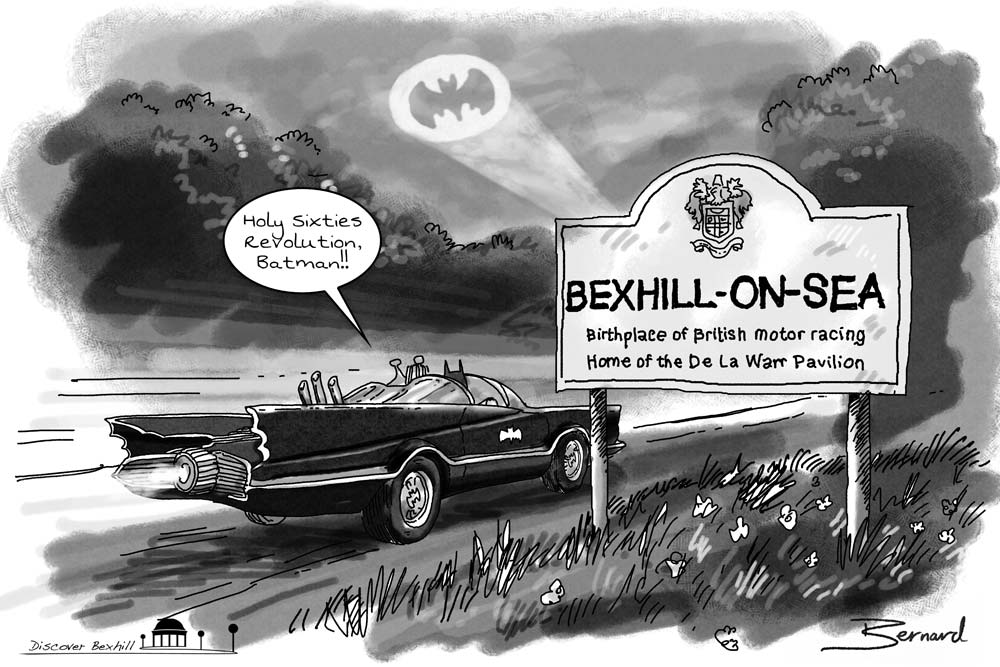 Bexhill came to life for the 60s Revolution in 2019, as many thousands of visitors arrived in town to celebrate this important decade in our history. The town centre was buzzing, restaurants were packed with diners, and the enjoyment on the faces of event-goers was clear to see.